Did you know that the color purple was considered the color of divine & royalty? The Phoenicians were the first ones who figured out how to produce purple dye. For hundreds of years, the Phoenician city of Tyre, which is located where modern-day Lebanon is, was the trade center of the world for what came to be known as “Tyrian purple.”

The Phoenicians were the only ones who knew how to make this purple dye. They were a Mediterranean civilization, allowing them to become some of the best maritime people of their time. This also meant that they were surrounded by beaches and water. A chemist discovered that by taking a unique type of snail, cracking its shell open and exposing it to sunlight for a particular amount of time would allow a person to produce Tyrian Purple. The color purple was considered divine by these ancient civilizations.

This dye was insanely costly, though. It would take these crazy people 250,000 snails to produce only one ounce of this dye. One ounce of dye would actually take a person a long way due to the potency of what they were producing, but all the same, that’s a shit ton of snails. This was such a turning point for the Phoenicians because it made no other civilization want to mess with them. Modern-day archaeologists have found Phoenician shipwrecks and discovered straight reckless amounts of copper, gold, silver, jewelry, and other luxuries. This reinforced what was already thought to be true.

​​​​​​​The Phoenicians became the rulers of the sea, as they sailed ships with purple sails. When other civilizations would see one of these ships, they would stare in awe. It was likely the first time any of them had seen the color purple. Also, with purple being a color of the divine, they viewed these ships as vessels of the Gods. This gave the Phoenicians an open pass to sail the seas freely, carrying cargo that was as valuable as they wanted. Roman emperors caught word of this Tyrian Purple and began to have robes made from it. Some of these emperors even outlawed any Roman person from wearing the color purple, punishable by death. I love the history of the Phoenicians because it has so many stories in it that tell such valuable lessons. They made themselves extremely wealthy, powerful and untouchable because they had something that nobody else did. Their Tyrian Purple would allow them to accomplish things that had never been done before and provided them all the riches and protection they could ever dream of.

The small circle that I keep around me along with myself have a “Tyrian purple.” Those who are acting as if they are modern-day Phoenicians, I urge you to ask yourself if you can say the same. If you are not in possession of your own Tyrian purple, perhaps sailing the seas so open and freely may not be the best idea. 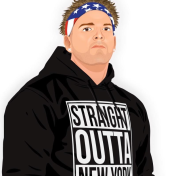